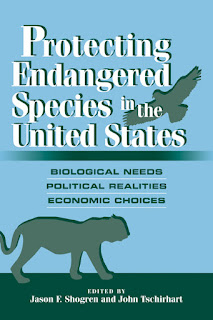 
But this was before the days when the lakes were stocked with trout by a wealthy Scadinavian who flew them in by helicopter. Nowadays the site has become an upmarket tourist destination and has rustic log cabins for guests.

I have an even stronger link to this story as the Royal couple had been staying with a mutual friend Ian Craig at his home on Lewa Downs, which was one of my client cattle ranches for the best part of ten years. In those days Ian’s parents David and Delia ran the ranch and Ian played alongside me in pale blue strip of the Mt. Kenya rugby club as a hard-hitting open side wing forward.

Since then the ranch has become a major wildlife conservancy and is home to many rhino as well as other species, including the Grevy's zebra, which is another endagnered species.
Sadly the rhino there are being targeted and a recent report told of the coordinated killing of four animals on a full moon night at Lewa and three other well-known parks.

Although these famous folk, like many of us around the world are horrified by the destruction of these iconic creatures I do wonder if the high profile and greatly increased attention is not driving the other side of the equation. If anti-poaching efforts are gaining momentum, are the bad guys grabbing what they can before the effort becomes too risky? There has been a continued increase in the rate of rhino poaching. The latest figures state that 381 have been taken in 154 days. On that trajectory the numbers for 2013 will exceed the 688 of 2012.

Two US businessmen (Vinh Chung “Jimmy” Kha and Felix Kha) were recently jailed and fined for trafficking in rhino horn.

Of course, as I have suggested before, the poaching for a commodity (I choose the word deliberately as that is what some see it as) is not a one-sided story. A recent FB post suggests that trading in LEGAL horn derived from one of the many South African game ranches should be allowed. Johan Kurver has argued that the cost of preventing and policing poaching makes no sense when ranched rhino could provide a good income and tax base. You can follow the rhino conversation on Facebook.

Two more stories (among many) about the twin threats. The Kenya parliament has just passed an emergency bill upping the punishment for wildlife trafficking by a huge amount. Previous fines might have been as much as USD 480, a tiny proportion of the value of a single rhino horn and no sort of deterrent. Now fines may be as much as $120,000 with a 15-year jail term as well. The most striking thing about this amendment is that the vote was not unanimous. There was one quiet “nay” but nobody seems to have reported who made that call. Was that parliamentarian somehow involved in the illegal trade?

The Kenya cabinet were reacting to a country-wide upsurge in publicity that included protest marches and a well managed campaign led by people like Paula Kahumbu, who has been very active in blogs, on Facebook and Twitter on this issue.

On the other side it would seem that in Tanzania some thing different and ugly is taking place. Some reports claim that about 10,000 elephants a year are being poached (yes, ten thousand). Of course this form or poaching is indiscriminate. Entire families are being taken out, adults, infants and everything in between. It seems that high-placed officials and even the military are implicated. David Smith, writing on the economicsof the wildlife trade states that “More than a third of all elephant tusks seized by law enforcement last year came from Tanzania, with neighbouring Kenya a close second.” This is particularly striking in light of the interview with a senior Tanzanian minister carried out by Aidan Hartley  The minister claimed no knowledge of the problem. There can only be one of two explanations for his words, neither of them pretty. Incompetence or Collusion.
Posted by Jerry Haigh at 10:29 AM No comments: