Of Moose and Men


Just signed a contract with Jack David of ECW Press for my new book and things are moving ahead towards a spring launch. Very exciting! 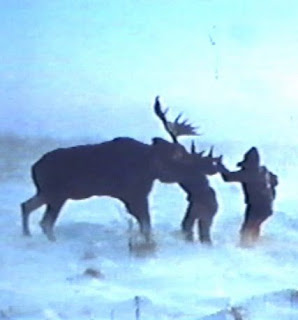 The title is fixed at Of Moose and Men. The subtitle is still under discussion. Watch this space!

Here is a brief outline of what it is about.

The book provides a wealth of information about moose from all corners of the world. It covers not only my personal experiences with both tame and wild moose but also an overview of moose biology, 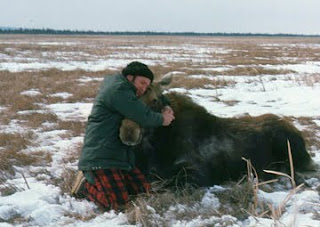 including their specialized diet and the relationship between sex and antlers, where size really does matter. It also covers the history of moose on earth and the marked fluctuations in populations that have occurred over time. There are chapters on moose diseases (not too technical), moose and traffic, moose as a resource, and the use of live moose in several ways that range from transport to clothing, as dairy animals and as pets. 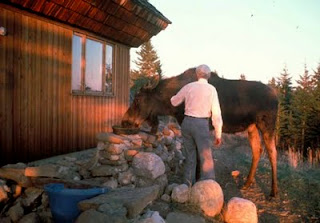 Here is a section from my acknowledgements that shows the sort of coverage that I did in researching it.

In order to do as thorough job as possible, one of my self-imposed tasks was to try and gain an understanding of the status of moose in the early twenty-first century, and to that end I contacted biologists from just about every range country, US state, and Canadian province where moose exist. I read as many volumes as I could of the Proceedings of the North American Moose Workshop, not just the publications from the workshops I was lucky enough to attend. These workshop proceedings morphed into the journal Alces, whose front-cover mandate reads: “A Journal Devoted to The Biology and Management of Moose.” I owe the contributors and editors sincere thanks for their hard work. I also consulted several books that contained useful information. When those attempts failed, I went, with some care, to the Internet. In the end I was able to obtain information on fifty-five regions—including five separate ones in Russia, which I think is excusable because there are nine time zones involved.

This is not the place to list all those who gave me valuable information, but they are of course listed in the acknowledgements.

Well done. You will be happy to see the book on the shelves I am sure. Diane